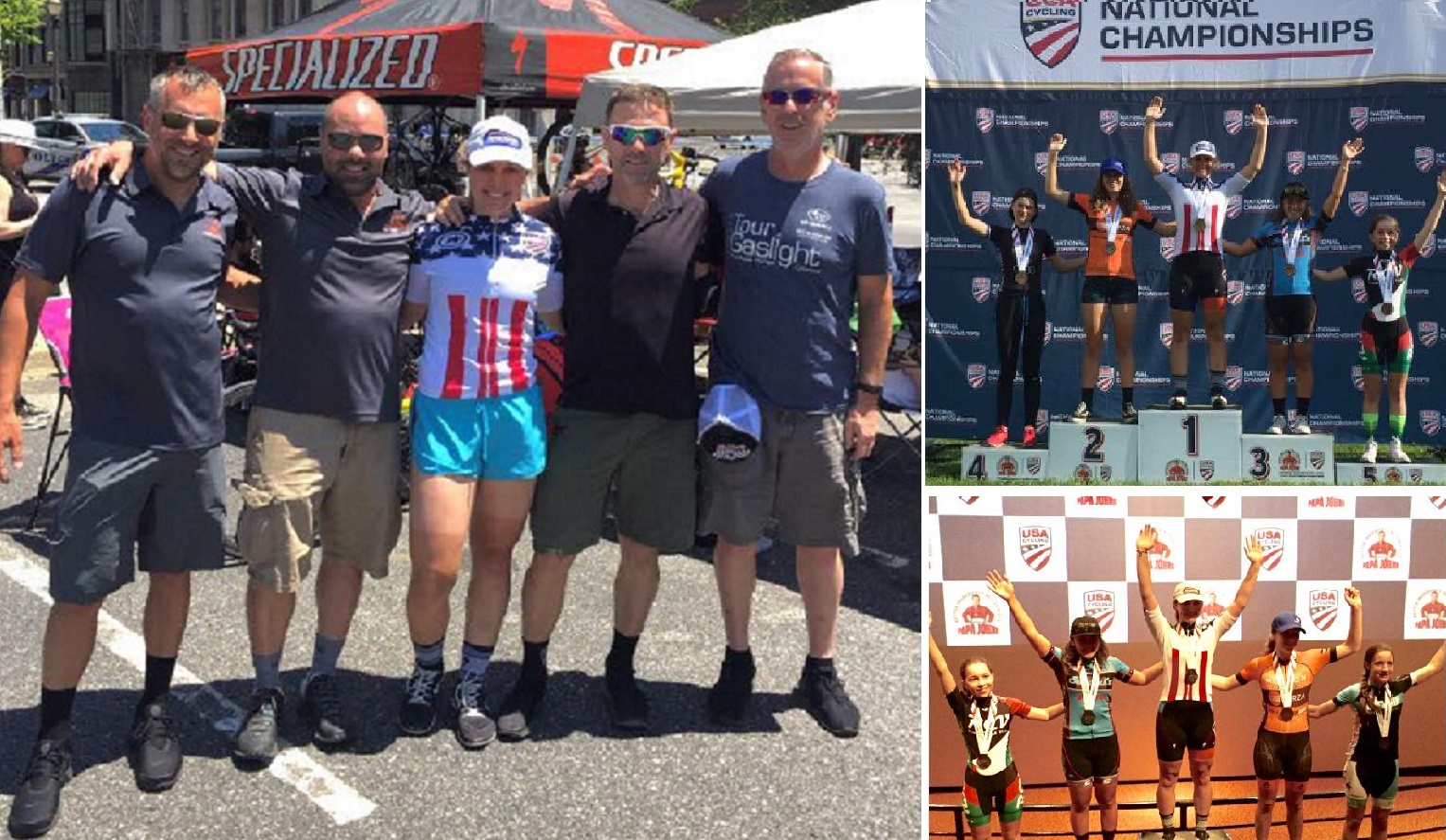 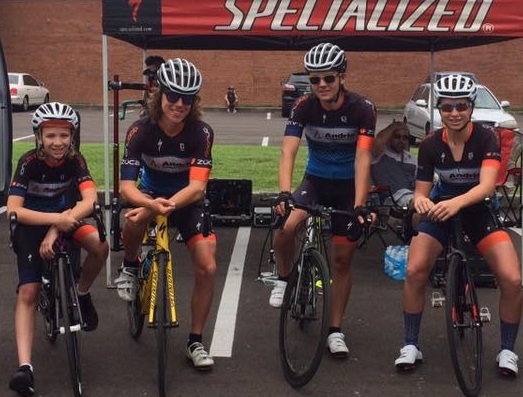 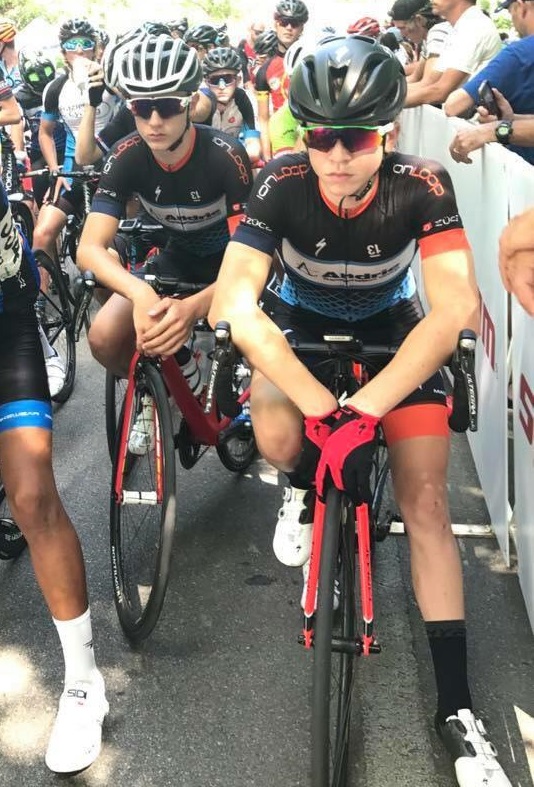 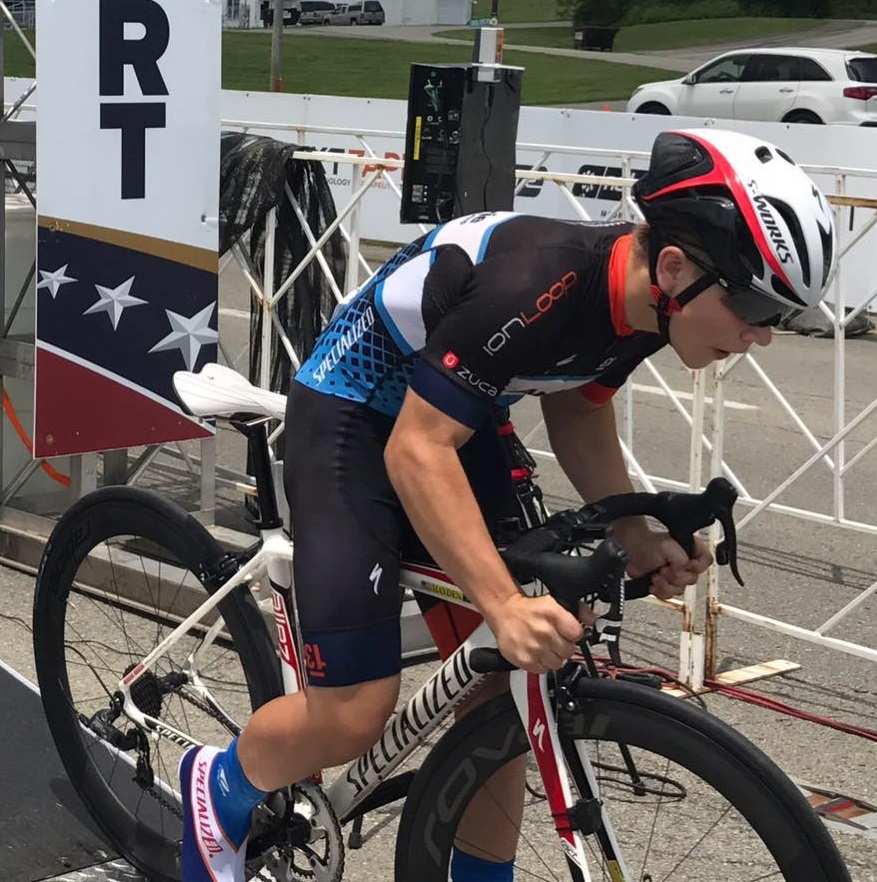 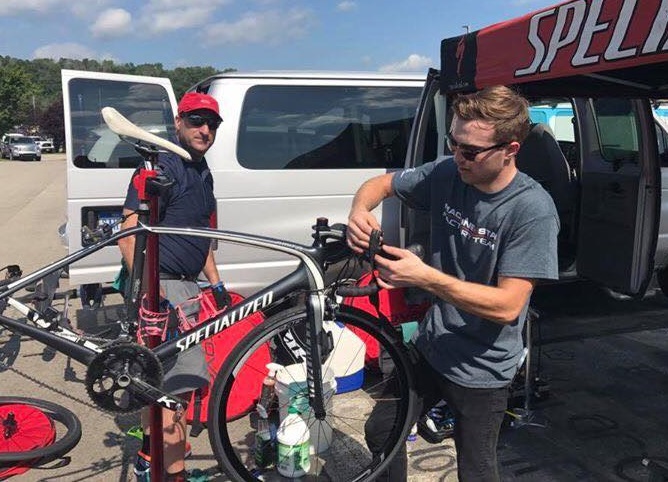 LOUISVILLE, Kentucky – The Andrie Junior Development team reached new heights during four days of racing at the USA Cycling Junior National Championships held June 29 to July 2. In all, the eight team members competing in six age categories collected three national championships and 12 top-10 finishes. “This was the most successful nationals ever for the Andrie Junior Development team,” said Andrie team manager Brant Hendler. Carmen Davidson led the way with two national championships, winning close finishes in the Road Race and Criterium to claim the Junior Women’s 13-14 titles. The final day of racing, on the 1-mile criterium course in downtown Louisville, culminated with Andrie riders claiming two national championships and four top 10 finishes in all. The team highlight was Tyler Reynolds crossing the line first in the Junior Men’s 15-16 division. Reynolds went down early in the race, but bounced back up. Andrie teammate Alex Morton took the lead late in the race and pushed the pace for two laps, setting up Reynolds for the finish. It was a classic team leadout executed to perfection. “We told them if it came down to a leadout and they sacrificed themselves for each other that I was willing to lay all the chips on the table that they could hold their own against any two kids in that field,” Hendler said. It worked to the tune of the first ever boys road championship for Andrie. Other highlights from the weekend included the cumulative success of Davidson, Reynolds, and team captain Nicholas McKey. All three finished in the top 10 in all three of their races. “This was the last time at nationals with the team, as I’ll be too old to race as a junior next year,” McKey said. “I have to say this is the best group of kids that I could ever imagine leaving the tema flying the Andrie colors. I’m so excited to watch them grow and develop as racers and young adults.” “We’ve come a long way as a team from the first year we took a squad to nationals,” McKey said. “It’s really hard to say goodbye when things are so good, but it truly was an amazing experience to be the last of the first generation of riders to be brought up through this team and to be given the privilege of leading the squad through the year.” He added about his Andrie teammates: “They gave me something bigger than myself or my goals to work toward on those cold and rainy days in the spring, picked me up when my spirits were low, and motivated me to push just that little big harder in races when everyone was watching. You can teach race skills, and you can train hard every day, but being a good teammate like that is something that comes from within.” The individual team results included:

The Andrie Junior Development Cycling Team was formed in 2011. The Michigan-based 18-under team works with junior riders from around the Midwest to develop long-term cycling skills along with promoting high character. Riders graduate from the Andrie junior team into opportunities ranging from collegiate cycling programs to professional-level racing. To learn more check out the web site at www.andriecycling.org.