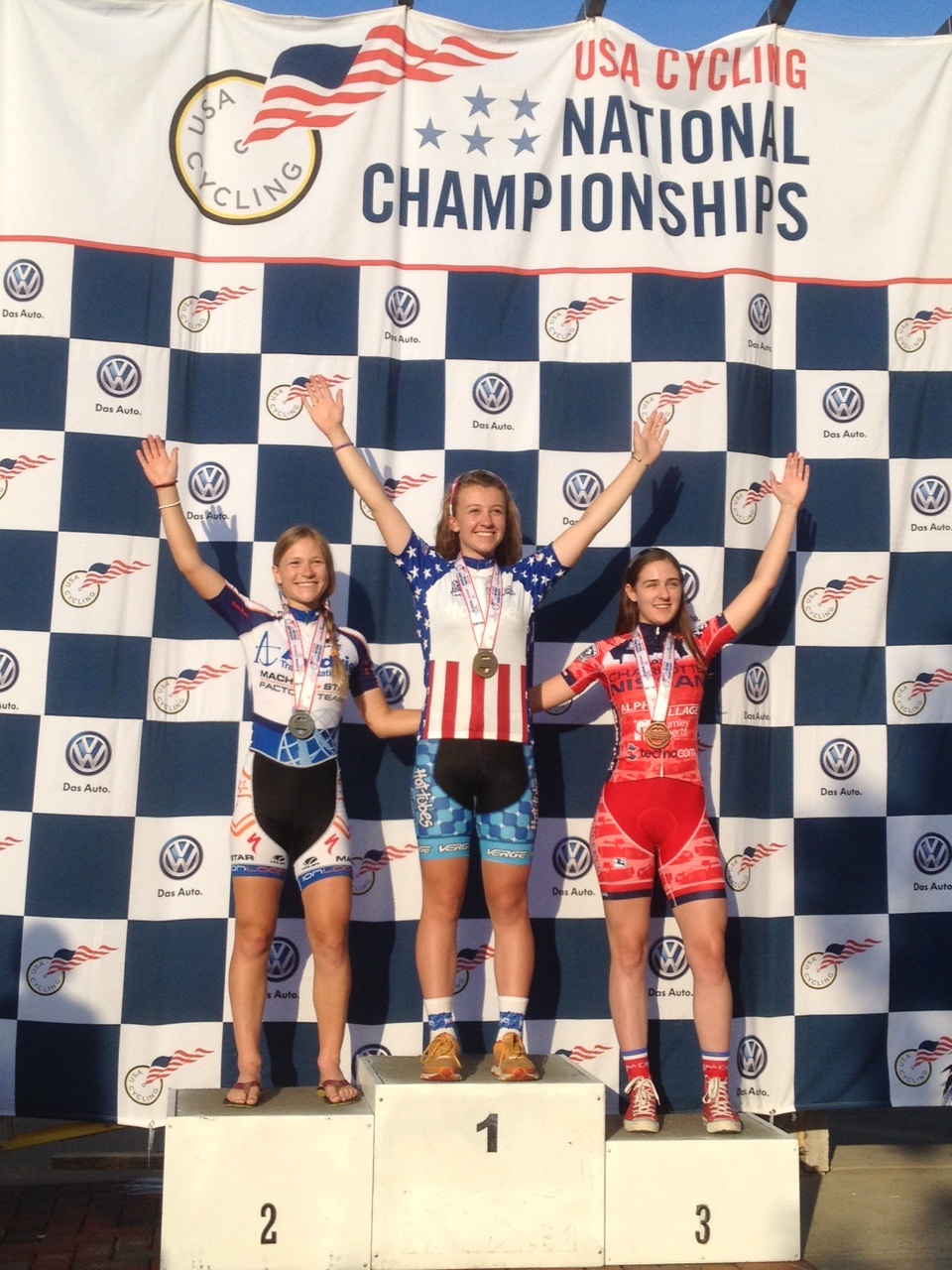 Racing Highlights:
Janelle competed in Junior National Championships three times for the Andrie team, finishing in the top three eight times out of nine races (criterium, road race and time trial). She claimed four national championships, winning the criterium and road race in both 2013 and 2014. Janelle was second three times at nationals (once year year in 2012, 2013 and 2014) and rounded out her amazing results with a third place in 2012 in the road race.

After Andrie:
Janelle attended Brevard College in North Carolina, where she competed for the cycling team in road and mountain bike events. She is a member of the United Health Care Professional Cycling team.